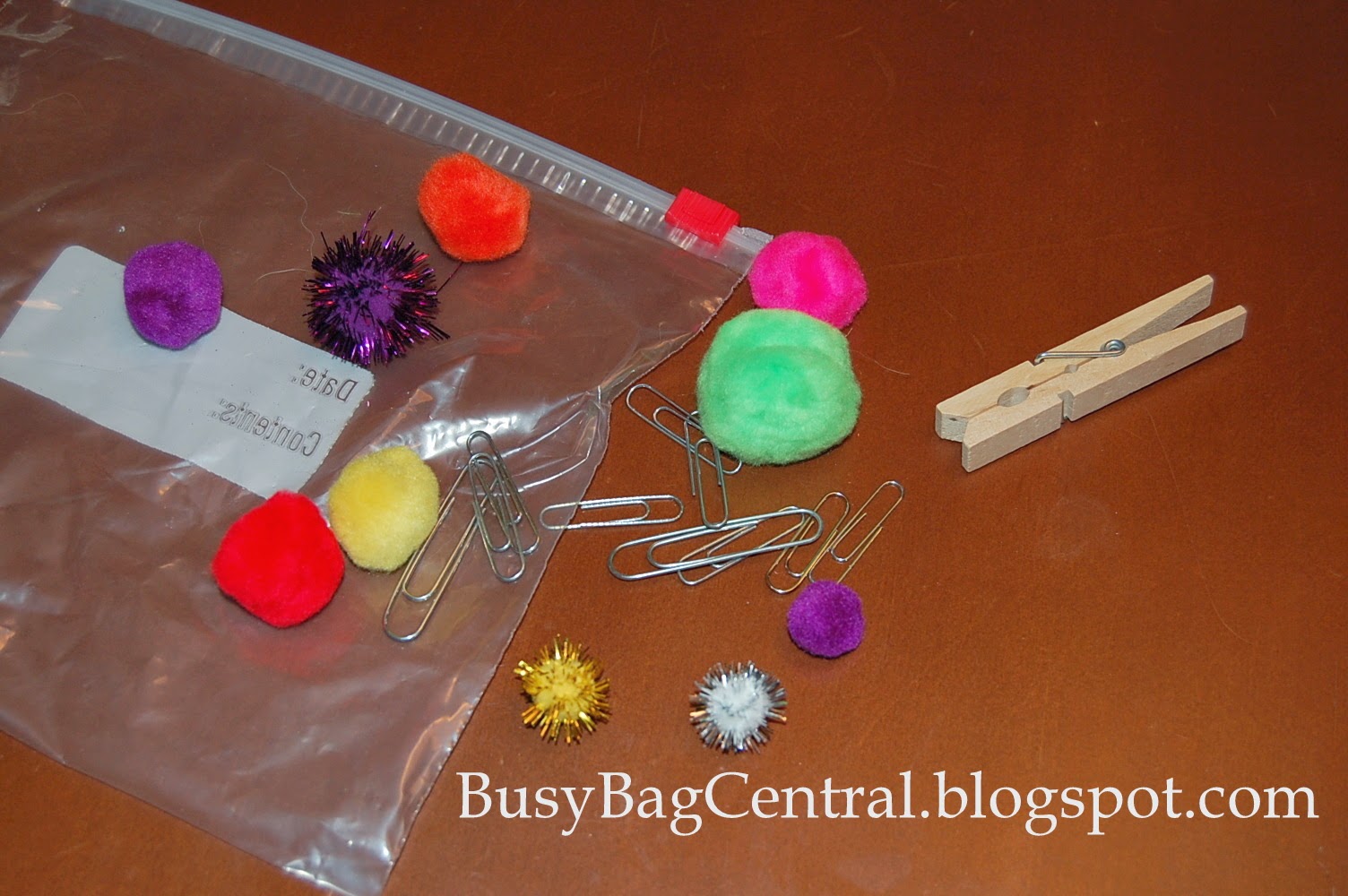 The use of clothing pins or plastic tweezers (or for this bag, called “Pinchers”)….oooh, it’s such a fun item.  At least according to my 2-yr old.  He actually hasn’t said that per say; but once he finds the pinchers, he carries them all over the house and tries to use them on a variety of items.  So I think it’s safe to say that he enjoys using them.  And really, the hand motion of ‘pinching’ isn’t a skill used with many toys; at least not with toys like we have such as tractors and trains.

This busy bag contains a variety of pom poms and paper clips to be picked up and dropped into ____fill in the blank___ and is great for growth of finger dexterity and hand-eye coordination.  Plus the pom poms are just fun to play with!  The large pom poms measure over 1 inch wide down to much smaller pom poms.  And the paper clips are standard and jumbo sizes. Obviously the balls are easier to pickup with the pinchers than the paper clips but I’ve noticed that it’s a good combo -- one item may get frustrating for tiny fingers so they’ll resort to the easier items but will regularly go back to the harder to grasp items…all the while building skills. 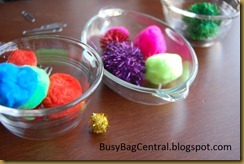 We’ve used a variety of ‘trays’ for the items to be placed into.  Ice cube trays work nicely for the pom poms or jars or plastic tubs or glass cups.  We found also that this became a more time consuming task if the tray had more compartments because my little preschoolers wanted to fill all the ‘holes’ (versus 3 cups).  But I know this will be a repeat hit because of those silly little pinchers! 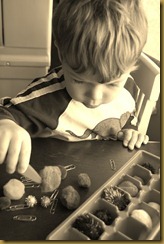 For more photos, go to the Facebook page under "BusyBagCentral" and be sure to "Like" us so you can get in on the fan-only giveaways! Orders can be taken on Facebook or by emailing from the blog.